OPG’s overall objective is to build shareholder value and be a first choice provider of power to its customers.

We have pursued this objective by focusing on:

We now believe we have an opportunity to become a leader in the exciting Indian energy sector – leadership in terms of the quality of our earnings and the delivery of profitable, sustainable growth.

Our objectives, our long term focus and now our desire to become a sector leader translates into a short to medium term focus that involves: 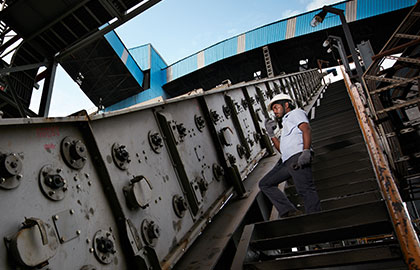 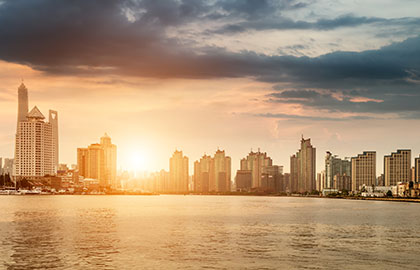 The Group’s flagship 414 MW coal fired thermal plant is in the industrial state Tamil Nadu close to the ports of Ennore and Chennai.

The plant comprises four units on the same site. The first 77 MW unit commenced operations in 2010 followed by 77 MW Chennai II in 2011, 80 MW Chennai III in 2013 and 180 MW Chennai IV  commencing in June 2015. The EPC for most units was done by our in-house EPC team and the operations are also managed by OPG’s own team.

All units have technology allowing them to use imported coal (typically Indonesian) or domestic (Indian) coal.  Proximity to the ports provides additional flexibility in the procurement of imported or domestic coal. Further, the plant uses air cooling technology reducing water usage by over 90% and is OHSAS 18001:2007 certified for its occupational health and safety systems. All units have maintained compliance with environmental requirements.

Generation from this plant is sold principally to industrial and commercial customers at attractive tariffs. 74 MW (net) is contracted with Tamil Nadu state utility for 15 years until December 2029.

Reports submitted to Pollution Control Board

The Group’s objective is to mirror its energy mix with that of India and aims to set up 300 MW of renewable projects  over the next three years.

Solar power has now become attractive due to the  significant fall in panel costs and in India, which has high irradiation, it has become viable without subsidies. As a result, India has set a target of installing 100 GW of solar power by 2022  to meet its commitment towards climate change.

The Company has commissioned its first 62 MW of solar projects in FY18, as part of its renewable strategy. The projects are across four sites comprising three sites of 20 MW and one site of 2 MW. Sales from these projects are made to the Karnataka state distribution companies on a 25 year long term Power Purchase Agreement at a tariff of Rs5 per kWh.  The sites are close to existing transmission infrastructure.

Mr. Gupta gained experience in various divisions of the business including flour milling, steel production and logistics, becoming President of Kanishk Steel, listed on the Bombay Stock Exchange. Having identified the opportunities in power generation, Mr. Gupta developed this division within Kanishk Steel with initial projects in wind power generation in 1994. He was the pioneer of the Group Captive Power Producer concept in Tamil Nadu State and developed the 18MW gas fired plant of OPG Energy, a Group entity, through to successful operation in 2004. Since then, Mr. Gupta has been responsible for the construction and developments of the power plants of the OPG Group as well as its overall strategy, growth and direction.

Mr. Grasby is a Chartered Engineer, FIMechE, FIET and has been associated with the UK and international power industry for many years. He was manager of the Drax Power Station between 1991 and 1995 and director of operations for National Power, with responsibilities for over 16,000 MW of generating capacity, until 1998. Following the demerger of National Power in 1999, he joined International Power as senior vice-president for global operations and retired in 2002. Mr. Grasby has experience of power company directorships in the Czech Republic, Portugal, Turkey and Pakistan. Mr. Grasby was also formerly a Non-Executive Director of Drax Plc where he chaired the Health and Safety Committee and sat on the Audit, Remuneration and Nominations Committees. He retired from the Drax Board in April 2011.

Jeremy has been appointed to the OPG Board in November 2016 as a non-executive director. He is a Fellow of the Institution of Civil Engineers with 40 years of international experience in project and programme management over very large multi-site, multiple project operations portfolios for and within government, public companies and private companies. He is also currently an independent non-executive director of SSE plc, John Laing and an independent non-executive director of WYG plc, an Advisory Board member of PricewaterhouseCoopers LLP and Chairman of Merseylink Ltd. Additionally, Jeremy sits on the governing Court of Strathclyde University. He was Director General of the London 2012 Olympic and Paralympic Games from 2007 until the Olympic Baton was passed on to Rio de Janeiro in 2012. For eight years prior to this, he was a Principal Vice President with Bechtel, responsible for their worldwide civil operations and has lived and worked extensively in the Middle East and Asia Pacific. He was awarded CB in the 2013 New Year Honours and holds an honorary Doctorate of Engineering from Napier University.

Mr Warner Allen has over 25 years’ experience in capital markets. He is currently a Non-Executive Director of TP Group plc.  Prior to that he was an Executive Director, Board Member and Head of the Growth Companies Team at Cenkos Securities plc, where he advised a number of AIM companies over a period of 11 years.  Prior to joining Cenkos, he was a founding member of Beeson Gregory Limited and responsible for the UK sales desk, a role he retained when Beeson Gregory merged with Evolution Securities in 2002.

Mr Tsvetkov has over 23 years of financial, accounting and operational experience, including significant experience of working with promoter/founder-led energy sector listed companies in London, Africa, Asia and Canada.

Major shareholders are those with shareholdings of 3% or more. As at 29th June 2018 these were disclosed to be: