You will receive alerts when there are new announcements on One World Lithium Inc.

The Salar del Diablo is a 75,400-hectare (290 square miles) property that covers a large salar. The Property is located in the State of Baja California Norte, Mexico. 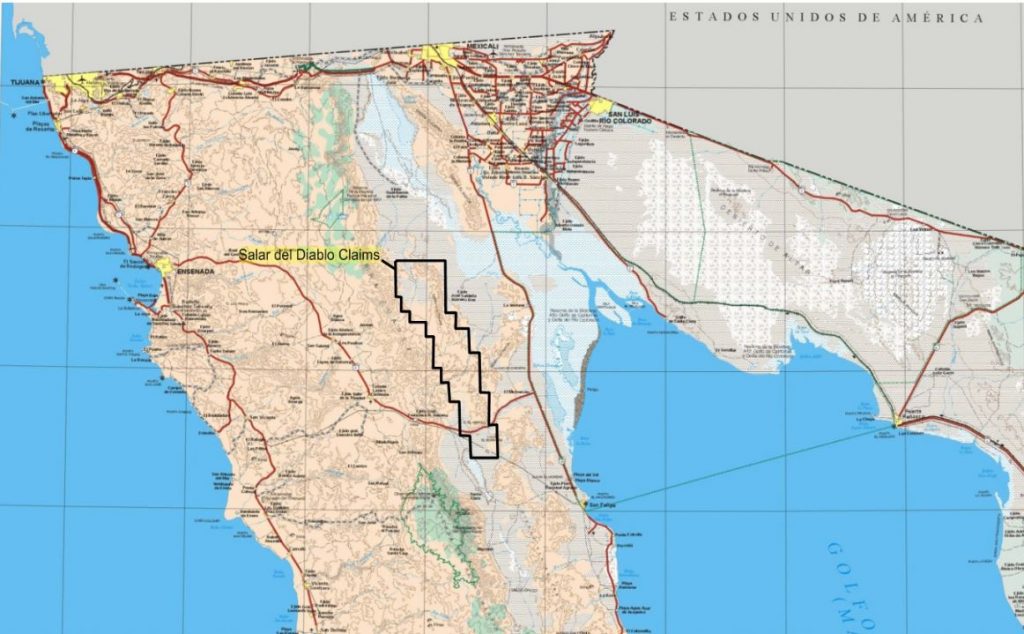 CEO, President and Director
Doug has over 40 years’ experience in mining & exploration project management. Mr. Fulcher was CEO of Abacus Mining and Exploration Corp. and spent several years in the advancement of the Ajax deposit which was then sold to KGHM, leaving Abacus with a 20% carried interest. Doug was also the President and CEO of Maritime Resources Corp., which is bringing the Hammerdown gold project back to production.

CFO and Corporate Secretary
John obtained his CA from Ernst Young. He held the position of CFO and President of a number of private and public companies over the last 40 years. John has managed a number of companies that have listed on the CSE, TSX, OTC and NASDAQ stock Exchanges.

Principal Geologist and operator of the Salar del Diablo Property
John has an exploration history of over 45 years with several junior and major mining companies to explore for geothermal energy, precious metals and industrial minerals. As such, he was on several exploration teams that are credited with eight discoveries of which 5 became mines that are still producing. He has also been successfully exploring for and defining lithium prospects since 2009.

Advisor
Mr. Burns serves as an independent director for China Gold Resources (TSX:CGG), chairman and CEO of Jaxon Mining (TSXV:JAX) and as an independent director for Simba Essel Energy (TSXV:SMB). Mr. Burns also serves as CEO and President of NeurSciences LLC, senior advisor for Potomac Asset Management and as an advisor to a number of privately held exploration and production, software, process technology and fund management companies in the natural resources, energy and technology industries. Previously, Mr. Burns was chairman and founder of Northern Orion (sold to Yamana Gold) and former Global Head and Managing Director of the Derivative Trading and Structured Finance Group at Barclays Metals London, a unit of Barclays Bank PLC.

Director
Kevin Milledge, a Director of One World Lithium, has over 35 years experience in mineral exploration, including Mexico and the Baja Peninsula. Kevin is President of Pamicon Developments Ltd., which is a full service geological consulting firm with global experience. Kevin is the Company’s representative and will be involved in the drilling and sampling program at the Salar del Diablo project.

Director
Andrew Pooler, a Director of One World Lithium, holds a Bachelor of Science degree in Mining Engineering from the University of Idaho and has more than 30 years of experience as a mining engineer and operations executive. He is currently a director and the Chief Operating Officer for Maritime Gold Resources Corp. Prior to joining Maritime he held positions including the Chief Operating Officer of Esperanza Resources Corp., Chief Executive Officer of PanTerra Gold Limited and Chief Operating Officer of Abacus Mining and Exploration Corporation and KGHM Ajax. He also spent 5 years as Senior Vice President, Mine Operations, for Pan American Silver Corporation where he was responsible for the production performance of six operating mines located in Mexico, Peru, Argentina and Bolivia.

Consultant
Tim’s expertise includes start-up companies both public and private in Canada and the United States for corporate structure, finance, sponsorship, and shareholder relations. He was an advisor and a consultant for several companies whose shares traded between $7 and $27 CDN.

Geological Engineer, Consultant
David has 50 years’ experience in all aspects of exploration in southwest U.S.A, Mexico, and South America with expertise in copper leachable deposits and exploration for precious metal, lithium, copper and base metals in the Americas.